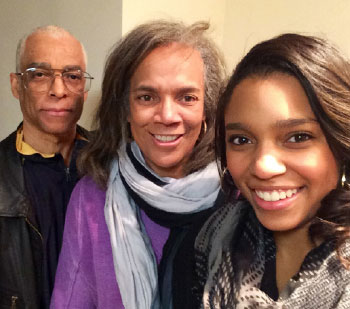 Sixty-six-year-old George Penn of Columbia, MD, considers himself a talkative person, especially when interacting with health care professionals. So when a routine prostate-specific antigen (PSA) test came back with an elevated level and a second test had the same results, he knew it was time to have an informed discussion with his doctor about prostate cancer and all of his treatment options.

Prostate cancer is the second most common type of cancer in men, behind skin cancer. One in seven men will be diagnosed in their lifetime—a disconcerting statistic—but prostate cancer is very treatable. “My father died of prostate cancer, so my wife and daughter were pushing me to start treatment quickly. My doctor and I decided external beam radiation therapy would be the best course. Over eight weeks, I underwent 42 treatments at Central Maryland Radiation Oncology,” explains Penn.

“Everyone there knew my name. When they asked me how I felt, I knew they really were interested in the answer.”

After talking with all of his physicians about his treatment options, Penn chose to undergo radiation therapy at Central Maryland Radiation Oncology (CMRO). CMRO is a partnership between Johns Hopkins Medicine and the University of Maryland Medical Center, offering the latest in radiation oncology treatments close to home. On the campus of Howard County General Hospital, CMRO offers great access to care, including clinical trials, right in Columbia.

“Everyone there knew my name. When they asked me how I felt, I knew they really were interested in the answer,” says Penn. “Dr. Nichols had such a positive outlook and attitude. My time with her never felt rushed. Everyone was so kind. The doctors, nurses and staff became my friends.”

Penn also became friendly with other patients as they waited together for treatment. Because of his talkative nature, he would strike up conversations with many of them. “We all face challenges in our lives. Everyone handles challenges differently, but here, everyone was so positive. Women would proudly show off their bald heads, and not one patient seemed depressed. Things like this make a difference,” adds Penn.